Angela Bardon, secretary to the school, retires after 32 years’ service 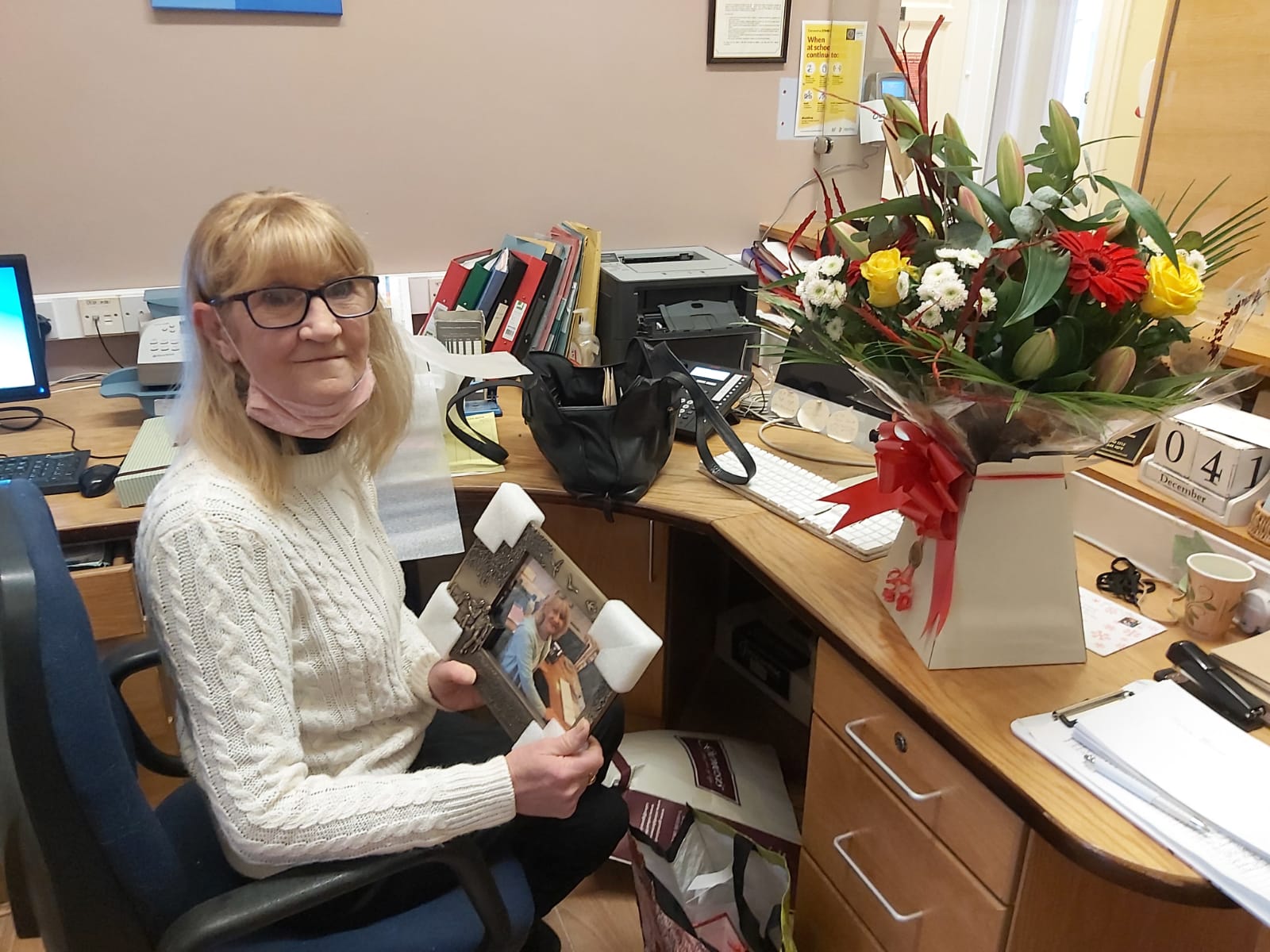 December 22nd 2020 saw the end of an era for the school community in St Finian’s College. Angela Bardon, our secretary, worked her last day in the college. Typically, she insisted that there be no hullabaloo, no big speeches or big fanfares. Angela has been head secretary for the past 32 years (1988-2020) providing an efficient and functioning school office without fuss or drama for thousands of students, hundreds of teachers, dozens of non-teaching staff and three principals, Fr Gerry Stuart, Fr Paul Connell and the current principal Mr John Mc Hale. Angela started in the college in 1988 after leaving England and settling in Mullingar. The world was a very different place: the 1988 Olympic Games in Calgary, Canada introduced us to the now infamous Jamaican Bobsleigh Team and the first British Ski Jumper, Eddie the Eagle, Reagan and Gorbachev negotiated a nuclear weapons peace treaty between the USA and Soviet Union, Die Hard was released in the cinema and Enya was top of the charts. St Finian’s was also a very different school. Angela started at a time when the 200 students were all boys boarding from all over Ireland. There were 20 teachers. The study hall was the big Dormitory, the top floors were priest quarters and boarders’ bedrooms. The bubble was only built in 1989! Angela knew each and every student by name, recognised family voices as soon as she answered the phone and they said hello. She handed out markers, staplers, blue tac and scissors to all who asked. She rang parents when students were unwell and distributed thousands of plasters to the walking wounded over the years. She is still the only person who knows how to use the giant Mac computer in the office. Even Covid did not keep Angela from her post. We built a wall of glass around her to keep her safe. In the last year Susan joined Angela as the school has now grown to 800 students. Angela will be missed by staff and students and we wish her a long and happy retirement. She is pictured here receiving her gifts from the staff and the board of management. We thank her for her hard work over the years and will miss her in our school. Mr John Mc Hale made the presentation on behalf of the school communi